Oh, the top nine insta posts. So succinct, and at least in my case, so pointy.

The highlights this year are decidedly less Scandinavian than last year, but I suppose staying closer to home is okay when it looks like this. For those interested in a slighter closer look at all the things I didn’t get to blogging about (pretty sure I say that every year), click on!

END_OF_DOCUMENT_TOKEN_TO_BE_REPLACED 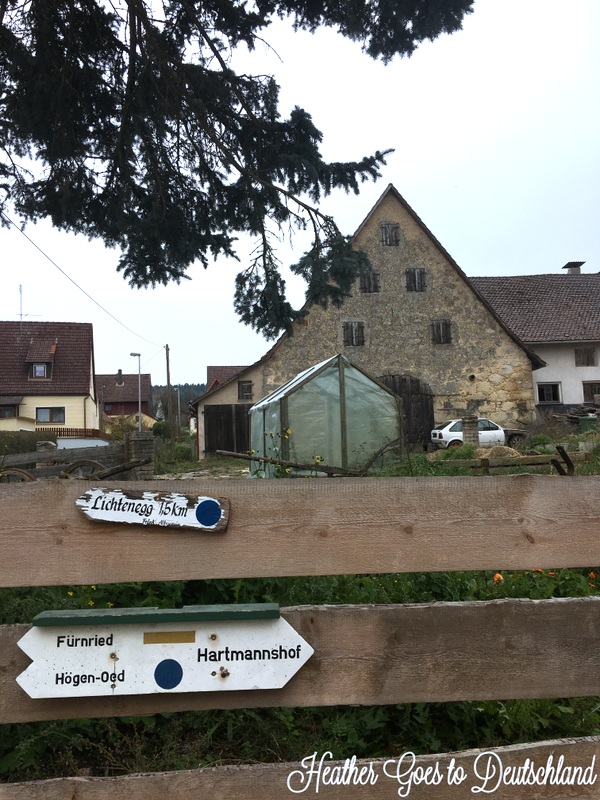 Every wellness weekend must end with a brisk hike through the countryside; it’s a fact. Your choice on if dots or lines are more your speed. 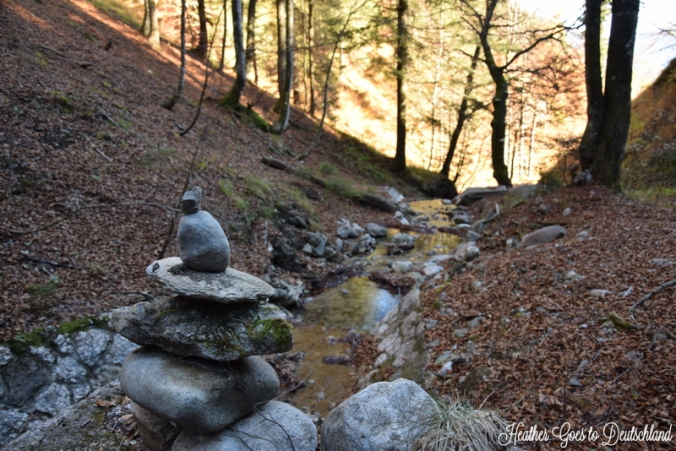 Considering that we didn’t take an official summer vacation this year, the last two months have been a whole lot of all over the place. BV and I did spend five days in Oberbayern with his parents in July, but that was more like another extended weekend than an actual vacation. I’m hoping we make up for it next year but that all remains to be seen.

So what did I get up to in August and September (besides baking?), click on to find out…

END_OF_DOCUMENT_TOKEN_TO_BE_REPLACED 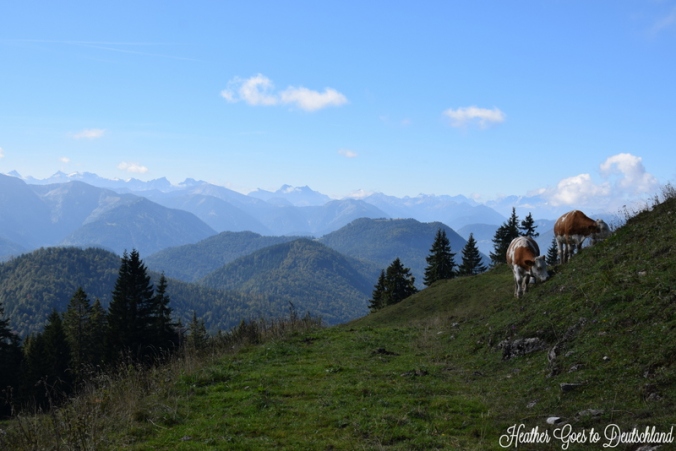 Hiking down from the Tegernseer Hütte couldn’t have looked more different than the hike up. For one thing, we could see. The whole uphill hike had been through a rainy mist, so when this day dawned perfectly clear, it was a most welcome change. Lingering in the sun on the way down is important for soaking up as much vitamin D as possible before winter sets in!

This picture is basically life goals, assuming the dog is just out of shot and I have learned how to make Kaiserschmarrn as well as they do here at the Hutzenalm. Seriously, go there just to eat that. It’s choice.

We’ve been trapped inside most of this weekend due to some much-needed rain in the area. While the break from the heat is nice, it is a wee bit sticky outside. It doesn’t quite compare to the dripping humidity that we experienced on this hike a few years ago, but I do wish there was some water around to stick my feet in. The bathtub isn’t quite the same as an Alpine stream. 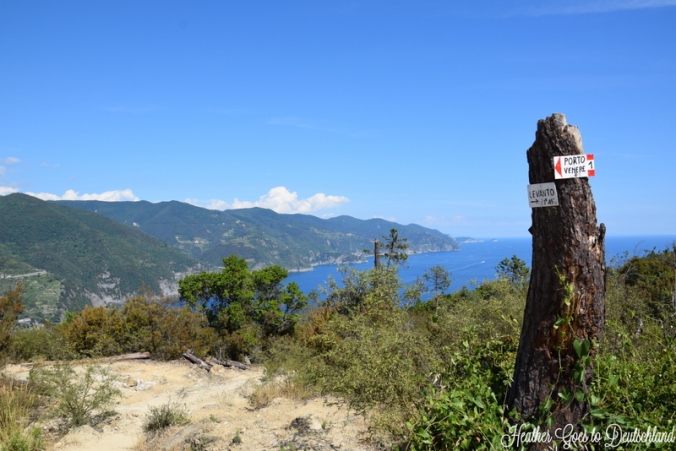 Note to self: do not flip through pictures of the Italian coast when you have no major vacation plans in sight. It hurts.

The last thing I said aloud was…

I don’t know exactly, but it was definitely something snake-related. Why snakes? Well, this evening BV got a few nice pictures via WhatsApp from his friend who lives in Tuscany. Long time readers may remember our visit there… sadly it’s been more than five years since we admired the view from their hill and now it may be longer.

Among the nice pictures of the flora and sun-soaked seating areas around their house, was a picture of one of their trees. Hanging out of that tree was a goddamned giant snake. Nooooooo! Nope, nope, nope.

BV then assured me that it’s a GOOD snake. If they have this kind of snake, it means that they don’t have vipers.

We’ve discussed going back down there nearly every year since our first visit. We haven’t managed it yet, life getting in the way and all, and now the place is crawling (slithering?) with snakes. I want to go back there, but AT WHAT COST? There are so many crooks and crannies in the old farm buildings that house their holiday apartments… my snake protocol before going to bed could be a very time-consuming search.

And please don’t tell me that the snakes are more scared of you than you are of them. I KNOW THAT, THANK YOU. I just don’t need to think about the possibility of getting out of bed in the morning and stepping on a bloody viper.

I’m currently a little more sensitive to this topic than usual though, because I had a VERY CLOSE snake sighting when we were hiking in South Tyrol a few weeks ago. I knew that there were small snakes lurking about, as last year the tripod cat that lived in the house behind ours brought one into our garden after we had befriended her. Coincidentally, that’s when we stopped leaving the bedroom double doors wide open all the time.

The snake I saw hiking though was not small, and no grass snake. Long story short, we were coming down the side of the mountain and the trail was completely buried in snow. It looked like a late-season avalanche, but I’m not sure. Either way, we alternated between trying to get over the snow directly where we could see one set of footprints (maybe that guy knew the way?) or bushwhacking through the fauna alongside the snow.

Note: I do not mean bushwhacking hyperbolically. I mean we were crawling through all kinds of low, scrubby pines, over rocks, working our way down the steep hillside that edged the snow. We went through God-knows-how-many spiderwebs in the pines, I was brushing tiny spiders off of my clothes constantly and just hoping that none took up permanent residence in my hair.

Eventually though we got to the end of the snowy area and found the trail again. Huzzah! Not five minutes later I saw something out of the corner of my eye, and saw a decent-sized tan snake with black markings curling around the trunk and branches of one of those exact same pine trees that we’d been climbing through. OH HELL NO.

Presumably we made enough noise clambering around that any of his compadres would’ve gotten out of our way. Nevertheless, I made eye contact with this snake and his little hissing tongue and he legit haunts my dreams. Not cool, sir.

I relayed part of this story to one of my groups when we were talking hiking in South Tyrol after my trip, and one of my students then told us a story about how he accidentally imported a snake from Tuscany.

I’m sorry, you did WHAT?

He was staying with his family at a holiday apartment there, and they learned that a bunch of snakes liked to hang out inside this stone wall next to where they parked their cars. Several days after they got back to Germany, he backed his car up in his driveway, looked down, and saw a snake on the ground. He managed to capture it and then went on a wild goose chase of animal shelters that could take the thing. It eventually made its way to one of them, but apparently there was some interest in someone who wanted the snake to breed it. It was a young snake and hard to get (or something), and yes… dangerous. GREAT PLEASE BREED IT, RANDOM GERMAN PERSON.

At this point, I’m 95% sure Italy is covered in snakes. I love Italy. This is a problem. I’m going to have to get knee-high hiking boots and possibly also a shovel to hike with.*

*According to Texans, that’s how to deal with seeing  a snake.

Editor’s Note: This is part of a 31-day challenge series for the month of May, which will possibly now extend into June to compensate for the vacation gap, in which I aim to spend at least 15 minutes writing about whatever strikes my fancy. Results may vary.

By far one of the highlights of our Norway trip was our hike up Galdhøppigen, which at 2,469 meters high, is the tallest mountain in the country. I may never be a climber, or able to even get up one of those bouldering walls for kids, but hiking up that mountain means that I have climbed to the highest point in at least one country strictly on the power of my own two feet. That’s something, as far as I’m concerned.

However, when I’ve sat down to post about it, I’ve gotten too overwhelmed by the pictures and memory of the experience to continue.

I kept a travel journal on this trip, which I don’t always do, and I think the best way to do this is just to share what I wrote that evening. Maybe an addition or two will sneak in, we’ll see. And pictures, of course, because without pictures did it even happen? I’ll also share a bit of logistical info at the end, so if that’s your jam, stick around. Or just skip to the end. I won’t know the difference. So, to the hike!

END_OF_DOCUMENT_TOKEN_TO_BE_REPLACED 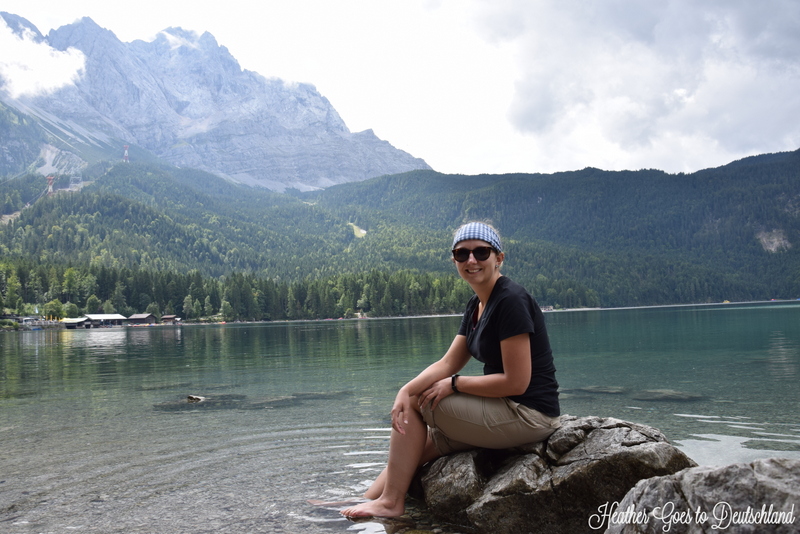